We are Famous Taxi/Cab Service Provider in Melbourne

Welcome to Melbourne 13 Silver Cab, Our aim to provide comfortable, friendly and luxury taxi/cab service to our customers. Because of our commitment we have professional Taxi drivers to suit every need you have and every occasion. Whether you're after an airport Taxi for luxury airport transport, or you wish to hire a taxi for a special occasion, corporate executives, weddings, formals functions and other social events our professional taxi drivers will be on-hand to assist you.

We provide texi service in melbourne for a range of special occasions, with a variety of executive taxis and SUV cars on offer:

While arriving in Australia, everyone need to hire transport. Melbourne provide a lot of option to transport i.e four airports; Avalon, Melbourne International, Essendon and Moorabbin Airport. The cheap and best substitute of travel is Taxi to Melbourne Airport & Melbourne Taxi Service which businessman and tourist prefer. A while the hansom cab is a kind of horse-drawn carriage that was first used in Australia to travel from one place to another but now with the modern period Australian taxis are available to transfer from one of the four airports to visit to hotel.

Firstly, Sydney starts the taxis services in Australia. They import the vehicle named Sedan from Europeon countries. It was mostly judges and barristers who applied on Taxi Melbourne services. Many familiar models after world war 2nd came to the Motors and ships established their own headquarters in several parts of Australia. In a variety of vehicles are Toyota Camrys, Chrysler Voyagers, Mercedes-Benz vans, Holden Commodores, Toyota Hiace, Volkswagen Vans, Ford Falcons and many more, which are commonly driven by the taxi companies in these days.

However there was a misfortune that confront to taxi services in Melbourne.
They lost the public confidence because of some reasons which are given below:

Today tale of Melbourne taxi services is totally different if it is compare to 2011.

Hiring a Taxi in Melbourne

Modern day to hire a taxi is not a difficult task because the drivers themselves would waiting famed areas at many of the locations such as hotels and other busy spots around Finders Street Station. Taxi in Melbourne can easily be identified by the yellow paint and logos with the naming Taxi on it.

Tourist of Melbourne surely know one thing when a taxi roving would be available as the rooftop would be illuminated. Moreover, to book a taxi on telephone is also a beneficial technique to ensure to get a ride to a particular location beneath a short time period. Outside of Melbourne, taxis would generally operate in areas like Bendigo, Ballarat, and Geelong.

The visitors see the taxi meter before paying the fair. Tabs on the fare they are about to pay. If you are going on night trips, then have to pay for it in advance. If you happen to travel between 10pm and 5am, then you will most likely be asked to pay an up-front deposit. It is best not to take any chances and rather pay a visit to taxi companies like Melbourne Cabs, Taxi & Cars to get a sure indication of the kind of fees you can expect to pay when traveling around in Melbourne.

PROVIDING AMAZING SERVICES
TO OUR CLIENTS

It's all about our cab service! We always try our best to get you to your destination comfortably, safely and on time. We provide you a service that is available “Anytime, Anywhere and Anytime” as a customer-oriented business, we work towards achieving complete customer satisfaction from the time of your contact to your arrival at your destination.

13 Silver Cab in Melbourne prices are very reasonable & less than other companies.

Our professional drivers are Reliable giving you online and best service.

We also provide Free Cancellation Serice, You can cancel our cabs any time.

Our always main motive do care of our passengers by providing experienced Drivers.

We only used maintained and latest vehicles, just to ensure less chance of breakdowns.

We are available 24 hours. You can call at anytime for the services or can book online through our website. 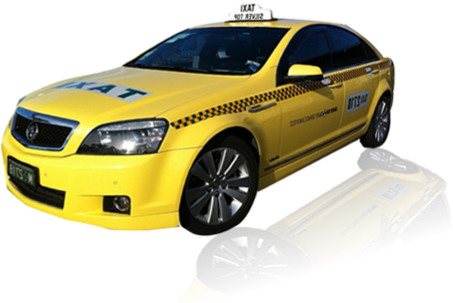 We serve you feel as Luxury

13 Silver Cab in Melbourne, our main goal is to provide professional and affordable transportation services across the all Melbourne area. Our fully managed, trustworthy service allows you to spend more time on what’s important to you. Just leave the rest to us. We know Melbourne inside and out insuring you can sit back, relax, and rely on us to get you where you need to go.
Book This Car